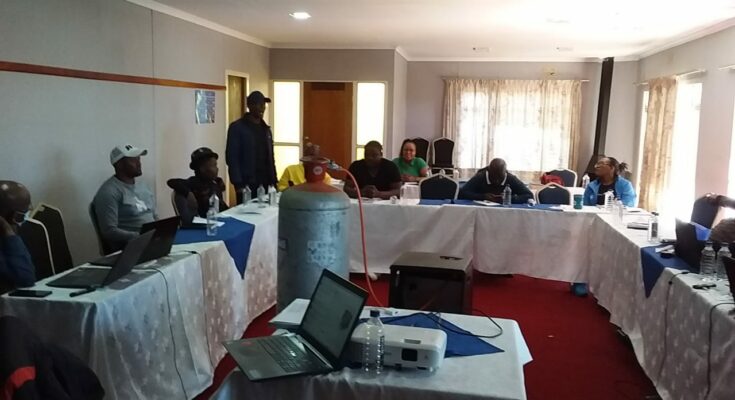 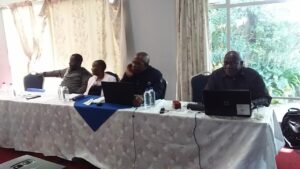 DPE demonstrated its ability to mount an effective strategy to respond effectively to the voter apathy by sharing its integrated Le ‘Na Ha ke Sale voter turnout strategy. This strategy which has various components including media campaign, was tabled to the anchors of current and political affairs programmes in the popular stations.

The workshop took place on the 23rd of September 2022 at Mohales’hoek Mt Maluti Hotel where current affairs reporters from five media houses; Molisa ea Molemo, ACL FM, Moafrrika FM, Harvest FM and Radio Lesotho were exposed to the DPE strategy. They had time to share notes on how to entice listeners to rise and vote.  The PC FM and Tšenolo FM equally expected failed to pitch up. 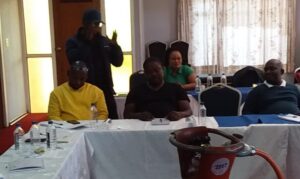 In their deliberations the radio personalities took a swipe at government, Business and the NGOs for not utilizing media effectively. ‘Mathanakane Mohatlane, otherwise Pusletso Mphana of the Rise and Shine at Harvest FM said that listens make a good education environment which could be utilised by creating radio-government collaboration. Mofumahali ‘Mantolo Mohale said that current affairs programmes do not optimize their potential to transform the country for a number of reasons including finances. On the other hand, the Morena Mokholoane Ramainoane argued that so long as leadership look at media as an object of criticism, dishonesty and of no value on development the country will stagnate.

The stations accepted the DPE approach and committed to work with it in reaching out to the 11 constituencies hardest hit by voter apathy.