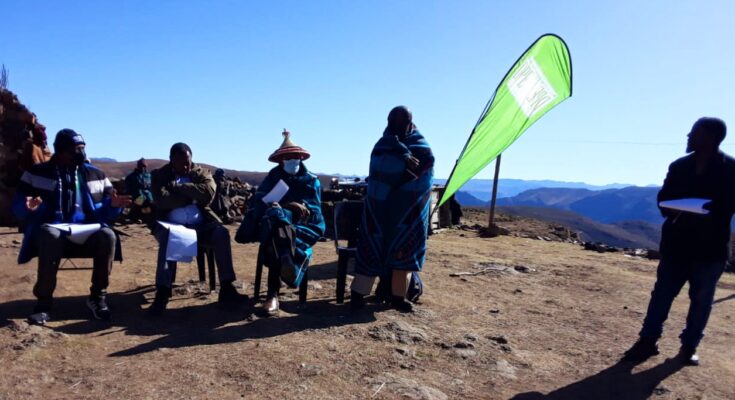 It was a great sigh of public relief in Kuebunyane, when the DPE-PISA collaboration brought parliament to this hard-to-reach area and the people poured their hearts on the Members of Parliament and the Nursing Council of Lesotho on the untold inhumane treatment orchestrated by the Nurse in Kuebunyane Health Centre, the facility watched by the Lesotho Flying Doctors of the Ministry of Health. 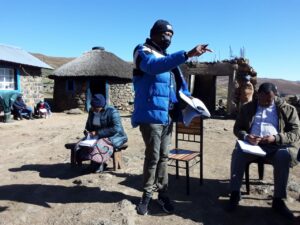 The citizens-policy maker dialogue which occurred at Kuebunyane was attended by the Members of the Social Cluster Committee of the National Assembly of the Parliament of the Kingdom of Lesotho, Messers Moshoeshoe Fako MP and Thabang Kholumo MP, the representative of Nursing Council Flavia Moetsana Poka, Health Centre Committee chairperson and the Community Council while the District Health Management Team pulled out last minute on account of the rude decline of the invitation by the Lesotho Flying Doctors. This session came after the outcry by the community resulting from the maltreatment by the health Centre staff to the patients, village health workers, community in general and the health centre committee.

centre fired three already. The senior staff is reported to be uncomfortable with health workers who are enlightened, hence purging. “the nurses here do not want health workers who are clear…. they enjoy our ignorance, and they threaten to fire us….” Said ntate Moeketsi Nthako. The DPE activists are also targeted.  The communities raised concern that the nurse harassed the health Centre committee, divided it and paralysed it.  Communities told parliament and the council of nurses that although the clinic opens at 8:00 am by law, patients are made to stay in the cold hall until 10:00 am or even beyond and the pharmacist take their time to dispense the medication.  Both MPs and the Council were shocked to hear these stories. Due to this ill treatment one expectant woman gave birth in the bush. “what saddens me is that my daughter in law had to give birth in the veld having been returned from the centre by the trained health care worker few hours…” said ntate Tlali Ntoa, the father in law of the woman who gave birth in the bushes.

The members of the social cluster were very furious to hear the story and openly told the gathering that they are going to summon those involved on this incidence to the parliament to give account. The representative of the Nursing Council also promised to follow-up on the case at Kuebunyane to investigate and get to the bottom of the matter.  The grievances about Kuebunyane have been persistent and any effort of resistance quashed easily. The sense of entitlement of the staff at Kuebunyane health centre seem to be emanating from the culture of impunity that the staff walks free with. The Dialogue Facilitator, Mr Mosala Mokutlu believes that the Lesotho Flying Doctors which used to enjoy DPE presence in the mountainous area, has now allowed itself to be deceived. “Since its coming to Kuebunyane almost two decades ago, DPE has had great relations with the clinic…” said Mokutlulu adding that things have changed as people are victimised for working with DPE.  The session was a DPE-PISA organised session.