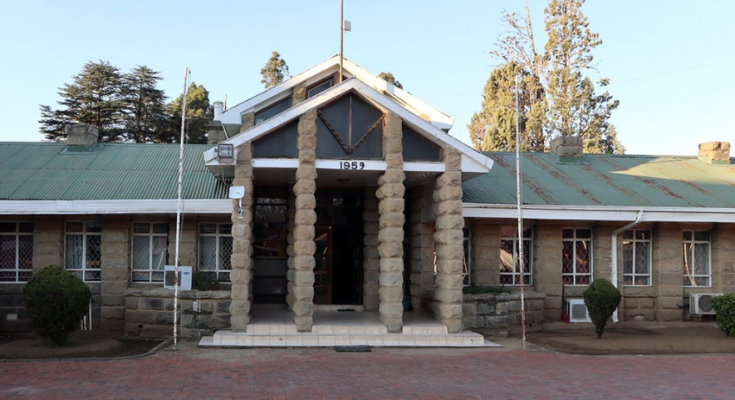 The DPE team told Senate law committee that the Referendum Bill before the House now, has potential if well used to enhance public participation in a democracy and insulate citizens voices on reforms from the unscrupulous political grand standing, manipulation and expediency.  This message was delivered during the presentation of the organisation before the Committee on the 28th April 2022.

In his opening words, the National Animator, Rev Fr Valentine Tṥepo Mosoeu indicated that DPE has two main concerns, the first being public participation in the initiation of the referendum and secondly the protection of citizens voices on reforms. See the list of amendments. The proposed amendments are intended to promote people ‘s participation by creating a space for the public through civil society to call for the referendum on any issue.  The Bill proposes that referendum would be held where the constitution or any law so requires and on any that issue that Parliament may find worthy acting in the public interest. What DPE proposes here is that citizens should be given that right to initiate the process through a petition that will be taken to parliament by the civic organisation. However, the amendment goes further to propose that such initiative should be subjected to the two thirds majority approval by each of the two houses of parliament before it could be promulgated. 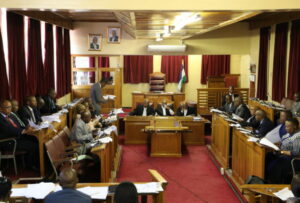 The other amendment seeks to insulate citizens voices from political manipulation by making the Plenary I, Consultations, Plenary II, Submission and other the forms of consultations as may be agreed to be regarded as adequate popular response for the purposes of approval of voters on changes needed to the constitution.  DPE believes that the process where citizens express their view on how they want their governance to be in open fora, where different sectors of society gather and discuss issues, where platforms such as NRA as instituted and equipped with technical expertise to thrash issues out and where further mechanism of engagement can be initiated, is more participatory, citizens’ friendly and empowering in determining the governance architecture than the Yes or No referendum.

Therefore, by insulating the citizens voices on reforms from the application of the proposed referendum law would be democratically logical and politically correct. If DPE proposal is not taken, the citizens voices on reforms might be changed by parliament and the referendum will take shape and form derived from the parliamentary decisions. “For an example, if parliament decides to change NRA decisions, what will finally go for referendum is not that which citizens would have said and NRA presented to parliament rather, it would be the version that parliament would have given two thirds majority to….” Argued Sofonea Shale, DPE Coordinator. He added that people might be requested to vote in the referendum for the yes or no that does not address their primary concerns and original ideas but that which would have been doctored by the parliament. These views were once expressed before the NRA but ruthlessly rejected. See the presentation to the NRA.

Hon Senator Morena Sempe Gabasheane Masupha, commended DPE for bringing proposals that do not seek to entrench power on the powerful but empowers the citizens.  Hon Senator Professor Ntoi Rapapa thanked DPE team for having gone through the Bill thoroughly to propose such fundamental changes.