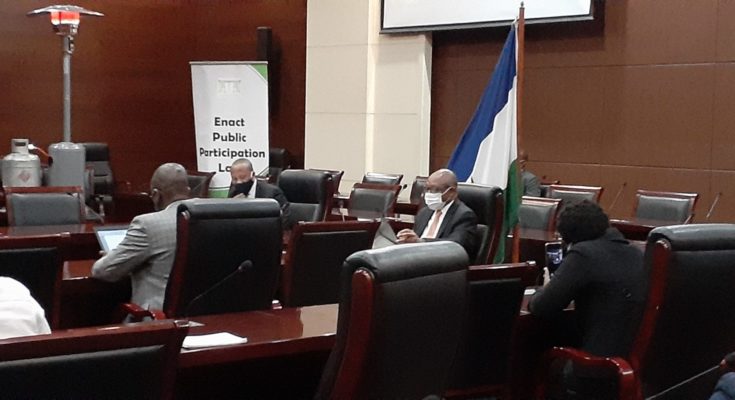 On the occasion of 100 days of new government in office, Development for Peace Education handed over to the Government of Lesotho citizens’ voice report on the government plan. The report was handed over to the Prime-Minister and the Deputy Prime-Minister in the presence of the Government Secretary, civil society and the media at the occasion held in collaboration with the Prime Minister’s office. “ Basotho applaud government for picking reforms as a priority and they want the country to go for elections with new architecture…” Said DPE Coordinator.  He said that in general, citizens give thumps up to the government plan but have clearly elaborated how they expect implementation to unfold. “ 77% wants to see fight against COVID-19 marshalled at the villages as opposed to the centralised approach” He said. Shale told Head of Government and his Deputy in the presence of the Chief Implementer that DPE working with other civil society organisations shall use this report (see more English-version or Sesotho-version) as  basis of engagement with government.

Development for Peace Education’s report on the first 100 days of government in office was based on the plan released by the office of the Prime-Minister and included comments from communities and individual citizens gathered through radio call-in programmes, small gatherings, some web-based discussions and monkey surveys. The community voices report is only supposed to be a door opener for continued engagement between government and citizens, including citizens’ groups on the issues contained in the plan and other issues raised during the different discussions and interactions facilitated by DPE.

On receiving the community voices report, the Government Secretary indicated that it will be shared with different office holders in the different spheres of government who are required to act or be informed of its contents.

Commenting on his own government’s performance in its 100 days in office, Dr. Moeketsi Majoro said that one of the significant shifts that have taken place under his stewardship is removing stewardship of COVID-19 response from the former structure to the NACOSEC, after outcry from people on the use of resources and un-clear decision-making processes and directions. He also said that government has also responded to complaints about the lack of consultation with stakeholders by recruiting a consultant who will guide these consultations. 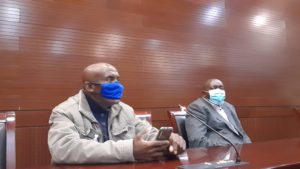