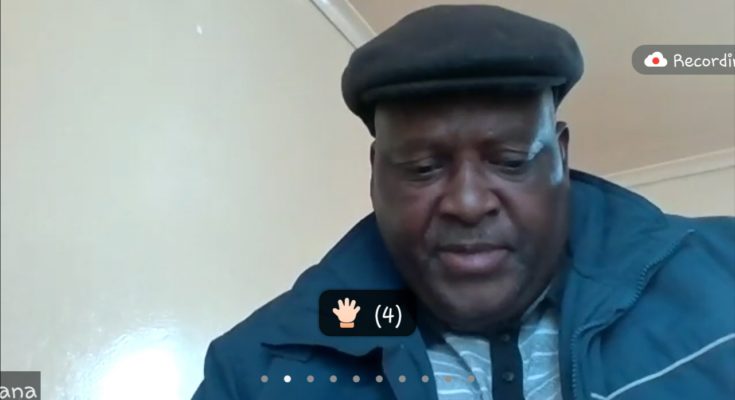 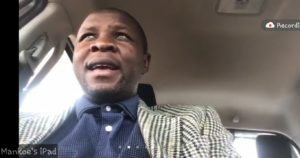 On Wednesday, the 26th August 2020, Development for Peace Education hosted a web-based dialogue session with Parliament’s portfolio committees to continue its campaign on negotiating Section 85 of the constitution. All portfolio committees were represented in the meeting.

The session convened by Mrs. ‘Mabataung Secker, DPE Peace Education Researcher, who reminded the Honourable members that DPE has been involved in activities in support of the national reforms process since the New Zealand visit and that since the formal launch of the national reforms process, DPE has held community meetings in all eighty constituencies; participated in the process of community consultations with other civil society organisations and held several forums to discuss a possibilities to negotiate Section 85 of the Constitution. She stated that some sections of the Constitution require only a simple majority to be changed, others two thirds majority of both houses of Parliament while others require referendum. She reported that the fear is that with the current operating environment in Parliament, there is concern that the two thirds majority agreement on simple issues may be difficult to achieve hence national reforms process undermined. 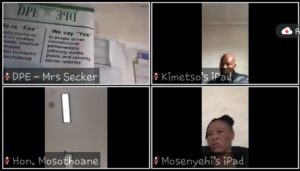 She continued to say that there is also concern that information collected through community consultations will be lost if there is no allowance that it be regarded as referendum already. She also raised citizens’ concerns that their voice will be diluted if there are subjected to a parliamentary discussion to determine the process of law and constitutional reform. Secker said that DPE believed the reports of the community consultations, report of the national leaders’ forum and reports on Plenary I and Plenary II should be adopted for the sake of progress as the basis for reforms, with additional district meetings to validate the reports. 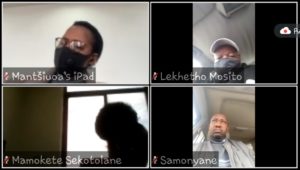 flaws with the public consultations and some communities were not consulted and that attendance at some  meetings was very poor. She said that as an election is already due soon, the referendum could form part of the election. Honourable Tšita-Mosena argued that a lot of ground has been covered and there is no need for expensive exercise. Other members were concerned that the public opinions as collected point to several directions for reform in one issue and therefore did not constitute a decision. 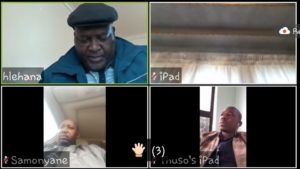 Members acknowledged the problematic working environment in Parliament but said that they had passed laws that required a two thirds majority in the same environment and said therefore this can be achieved with lobbying. They said however that Parliament’s responsibility to make a final determination on what laws will result from the reforms processes should still be respected. Hon Kimetso Mathaba agreed that the previous consultations were not perfect, but it is logical to regard them as referendum and do additional consultations to fill the gaps. “Followed to the logical conclusion, the work done through consultations and plenaries we have done referendum without saying….” Said Hon Lehana, former Minister under whose watch the NRA was established. He commented DPE for the initiative but warned that NRA should not be left behind lest it feels DPE and Parliament are ganging up against. He said that in his view such discussion would have been more helpful if done in the presence of NRA. More upright was Hon Setšabi  Setšabi who said “ if we are thinking of doing referendum…let us start by dissolving NRA because it is the result of consultations and it is there to work on the citizens voices to change laws…”. According to Hon Setšabi referendum contemplated by the Section 85, has been done in a different and participatory way. 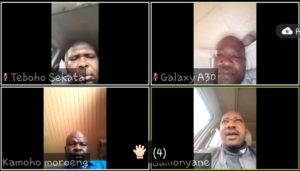 The Honourable Thabang Kholumo said that there is indeed a need to negotiate on section 85 of the Constitution and said that this should have been discussed during the Plenaries. He said that Section 85 is the guardian of the Constitution as it affects more than 60 of the 166 sections of the Constitution. He said an additional session to discuss how this happens should be supported by a presentation on Section 85 itself with a summary of these 60 sections and how suspending the section will affect all the other sections. This was supported by the Honourable members, Mosito, Ntsekele, Setšabi, Mathaba and Mosothoane who said there is need for more discussion on the issue of Section 85 and that such a discussion should include the National Reforms Authority, while others said that even the public and other stakeholders should be a part of such a discussion, with a focus on the background (centrality) of Section 85 of the Constitution.

DPE was commented for this initiative which many MPs admitted was their first experience. On the other hand, DPE commented Hon Fako Moshoehose for the brilliant motion which gave all members of the House tablets thus making it easy to reach even during these times. Moshoeshoe was lashed by social media for that motion, people arguing that if MPs feel need for that they should buy themselves. These were good concerns however, little did people realise that it would be DPE one seeking to meet MPs during COVID-19 or recess and not MPs themselves seeking use of the facility necessarily. Had parliament not provided the session that brought about 50 MPs online could not have been so successful.

DPE is powered by Open Society Initiative for Southern Africa.