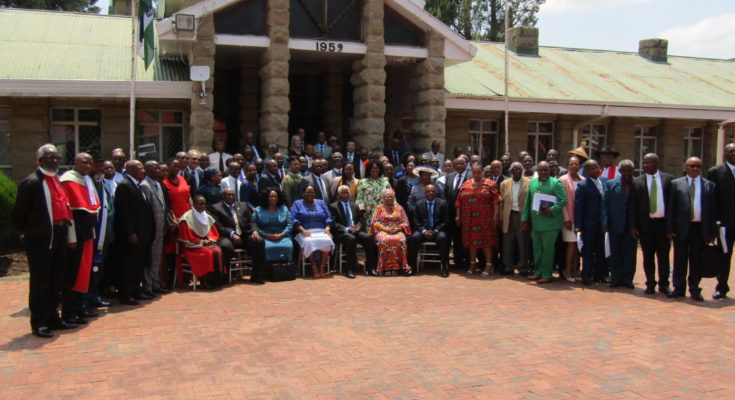 The long-awaited inauguration of the National Reforms Authority (NRA) came immediately followed by the election of Chair and Deputy, on February 6, where civil society lost. In the battle where Sofonea Shale Coordinator of Development for Peace Education (DPE) representing Citizen Mobilisation Organisations in the Authority contested against Morena Pelele Letsoela of the Basotho Democratic National Party (BDNP) for chair, the former lost 16-37. 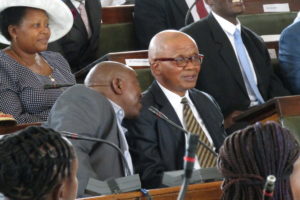 Shale was a candidate for the non-political party members of the 59 member NRA, 35 of which is political parties. The None-political party members believed that they would offer a better direction to the reforms process beyond limited partisan gains and benefits. However, the sector whose unity of purpose is yet to be seen, conceded defeat as the loser hugged the winner in congratulation. Shale declined nomination for the second position which was taken by Mrs Liteboho Kompi of Movement for Economic Change (MEC) giving leadership a gender balance. 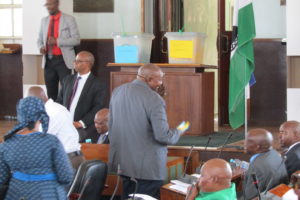 The race was conducted by the Independent Electoral Commission (IEC). DPE congratulates the elected and wishes all the team a very good collaboration on the work that is very much anticipated. A note of concern is that the leadership is comprised of political parties. DPE as a loyal and the disciplined member of civil society fraternity shall do all in its power to influence the process, protect citizens voices and ensure that the reforms process remains inclusive, participatory, people driven and none-elitist. The DPE urge in the reforms emanates from clear track marked by its initiative in Constitutional Consensus Building seminar ahead of 2012 National Assembly Elections, the Take New Zealand Report to the People in 2014, The Lesotho I Want 2015-17, the facilitation and go between role resulting in the Pledge by political leadership to prioritise reforms in 2017, numerous civil society lobby &amp; advocacy functions, involvement in the Multi stakeholder National Dialogue and formulation of National Reforms Authority Act. 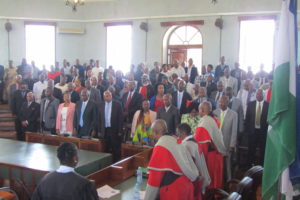 Throughout the process, DPE has made voices of citizens to be heard. The organisation shall continue with its lobby activities and ensure that people know what NRA is doing and actively participate in the process. The event was observed by political parties, development partners, CSOs, government, media, government officials, the SADC oversight Committee and Facilitation Team.