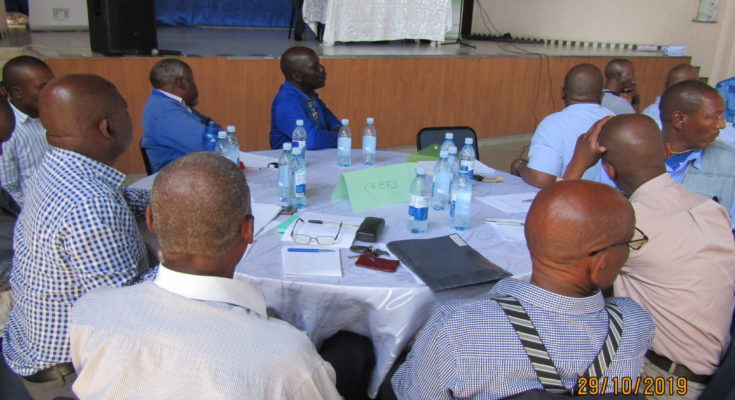 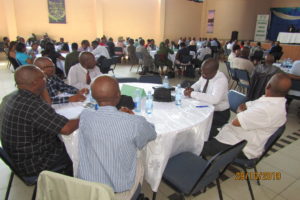 On Friday the 23rd November 2018, Development for Peace Education (DPE) convened a pre-dialogue multi-sectoral reform session. The session comprised sectors which DPE firmly believed could be left out of the reform process yet they (sectors) could play a meaningful role in informing and contributing towards the success of the reforms. These sectors were former ambassadors, former security chiefs, former Lesotho Liberation Army (LLA) operatives, regular callers on radio phone-in programmes, opinion shapers, former senior government officers, chiefs who are not principal and veterans in civic space. The main aim of the session was to put these sectors under roof wherein they can sit down to deliberate on the now seven thematic areas of reform agenda, and select representatives who will present their submissions at Multi-stakeholder National Dialogue to be held from 26th to 28th November 2018.

National Dialogue Planning Committee (NDPC) Co-chair Mr Sam Rapapa gave a message of endorsement wherein he commended DPE for a sterling job of lobbying and advocacy towards ensuring an inclusive and participatory reform process. On the hand, DPE continued to lament the fact the reforms roadmap as envisioned by the government and development partners is somewhat short-sighted as it fails to accurately conceptualise the reform process. DPE contends that the process will be flawed if after districts consultations will be followed by second national dialogue which collate the ‘voices’ into reform document without referring those sifted voices back to the communities and subjecting them to expert scrutiny. Thus, DPE will continue to lobby for adoption of its brainchild –CSO Reform Process Proposal. In this regard DPE has refined and adapted the document into a proposed structure and Sheparding of reforms process.

However, this cannot take away the appreciation and gratitude felt by these sectors which could have been left out of the reform process, as one Mr Lebuajoang Lerotholi, a regular caller on the eve of multi-stakeholder dialogue said, “DPE has done the unthinkable for us….I never thought I would be here, taking part in reforms, it is unbelievable…”