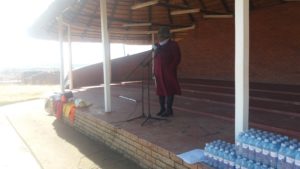 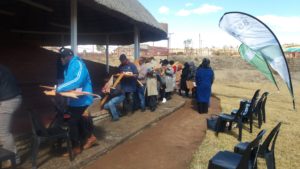 Development for Peace Education under the #85% voter turnout campaign that was carried out during the 2017 Local government election with support of the Independent Electoral Commission handed over gifts to football clubs, pitiki groups and local school groups that competed in debates, pitiki and football games as part of the strategy to increase voter turnout.

Mr. Lemohang Molibeli said the gifts are an initiative celebrating the work   of teams and groups which participated to uplift and promote voter participation in the election at the time. He said it was through these groups that people showed interest in the election.

On behalf of the recipients Mr. Tlotliso Morolo of Lioli Football Club said that an election is very important and that all countries promote elections as a key part of participatory democracy. He said that DPE has done a great job of promoting voter participation through sport in the local government election. Civic and voter education manager from IEC Mrs. Lydia Macheli said they are proud to have worked with DPE and the initiative from DPE is a good gesture to give back to the community. 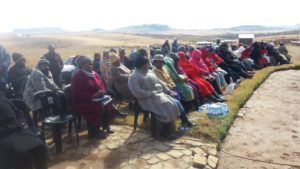 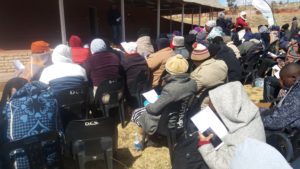