Development for Peace Education’s Peace Education Researcher Mrs. Melidah Bohloko-Kuape says DPE’s Peaceful School Model project whose objective is to give meaningful voice and action to student participation in school governance at high schools and at tertiary level has progressed successfully following this months’ introduction of the program to tertiary schools. 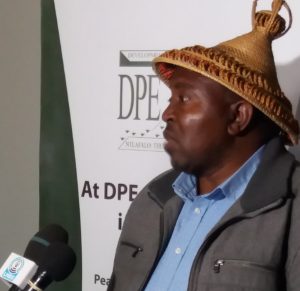 environment in their studies. She said the model is a way of molding them to focus on their studies and resolve peacefully any conflicts that may arise between themselves or their teachers without looting schools or destroying school’s equipment.

She said they have already introduced the model in seven districts where DPE works and have held several workshops for teachers to introduce the project and model, including the importance of having student government that is chosen by students through participatory elections and a model for the students body to hold the student government accountable through the creation of portfolios with clear responsibilities and expectations. With the level of success that the project has enjoyed in the high schools where it is implemented, the project is now being extended to the tertiary level where DPE will be working with the National University of Lesotho, Limkokwing University, National Health Training Centre, Lesotho College of Education and Lesotho Agriculture College. All of the named institutions already have a model for student elected student government but are worried that students do not have the tools that support peaceful resolution of conflict. 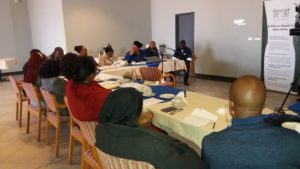 What worries DPE and these institutions, is the tendency towards violent students behavior during conflict such as strikes that seems to have spilled into everyday interactions between students, teachers and the communities around the institutions. One example of these behaviours is the loss of lives every year at the Lerotholi Polytechnic during ‘initiation rituals’ for first year students. On the other hand the National University of Lesotho has lost the lives of three students in police intervention to students’ protests and many have been injured in the years between 2014 and 2018.

DPE therefore has introduced the peaceful school model with the objective of working together with the school administration, students and parents to give all parties the tools and skills to necessary to deal with conflict positively and to use in everyday interactions in their communities. On behalf of the National University of Lesotho’s Vice Chancellor Mrs. Liteboho Maqalika-Lerotholi said that DPE has introduced an important program that will benefit both students and teachers to promote peaceful learning and understanding between the two parties.