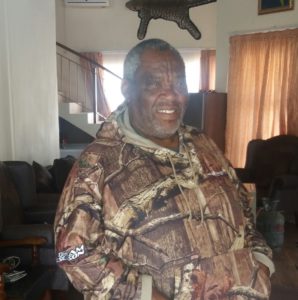 former holder of several cabinet responsibilities notably in the  Home Affairs, Police, Local Government and, Education on the avenues for public to participate in their own governance on the 12th April 2018 Mafeteng- Matholeng village.

“You see the public access to the decisions of government has evolved with time in our democracy….at the early days of return to constitutional rule it was hard and worse with civil society, a concept which government did not fully understand except the experience of West Africa…” said the former leader of the House in the National Assembly Honourable Lesao Lehohla.  DPE is developing citizens manual that will respond to the public participation gap at the level of democracy, governance and law making processes of Basotho which the organisation has been addressing through community strategies. The manual will empower the disadvantaged societies and the communities in DPE operational areas to access government and parliament easily. 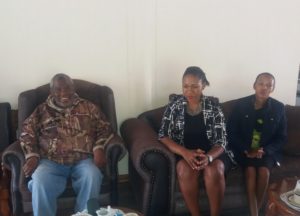 Lehohla admits that DPE initiative will go a long way in deepening democracy in the country. He stated that Lesotho is a sovereign country which is democratically governed though for a long time some pillars of good governance, in particular public participation were ignored by politicians. He said public participation informing law and policy making process was taken for granted. Further the former DPM mentioned that in making avenues for public participation during his tenure of office Parliamentary Reforms were implemented where and parliamentary portfolio committees were established to advance public participation and stakeholders engagement in law making processes.  He argued that even though Standing Orders have a provision for public participation there are limitations due to funds allocated to the committees to function effectively and the fact that committees can decide on which Bill to make consultations.  So he believes that the planned manual is relevant to empower ordinary communities at the constituency level.