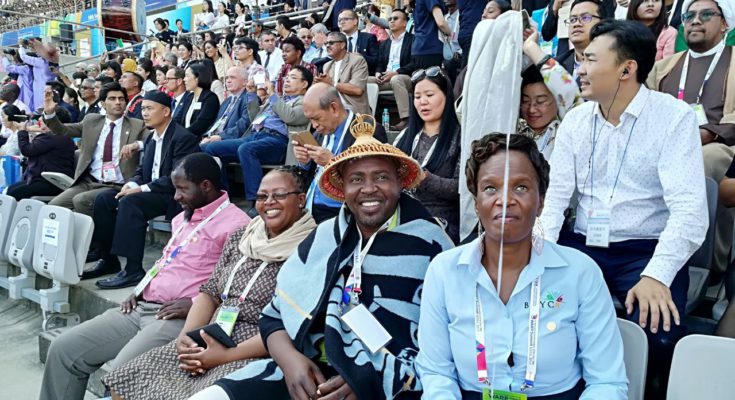 Development for Peace Education is part of the 3rd World Alliance for Religions’ Peace in Seoul South Korea for the duration 17th -19th September   2017. The summit brought together more than 15 thousand peace messengers from all over the world to recommit to the call for the world peace and cessation of war. 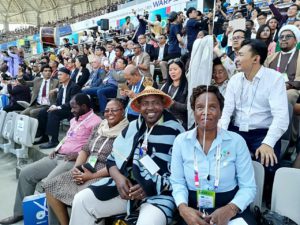 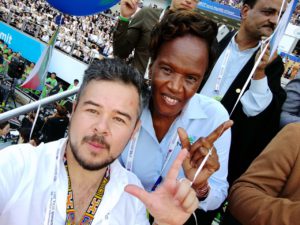 These messengers include religious leaders, politicians, and academia and civil society. The host, chair and founder of Heavenly Culture, World Peace, and Restoration of Light (HWPL) Mr. Man Hee Lee called upon all head of states and governments to sign in support of the declaration of peace and cassation of war. This is the proposed draft to the UN made by the HWPL international law.

The WARP is a joint venture by non state peace oriented groups namely HWPL, International Youth Peace Group, International Women Peace Group and Dialogue of Scriptures. Former presidents and other leaders in government are aligned to this initiative. Though some Southern African states have attended including South Africa, Mozambique and Zambia whose minister for justice Hon Given Lubinda gave a powerful message on the need for recognition of civil society peace work, government of Lesotho was absent.  It could not have been that it is not invited but invitation has been previously negativated. Lesotho is the country which has been in political at times violent conflict since independence. 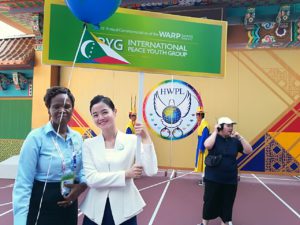 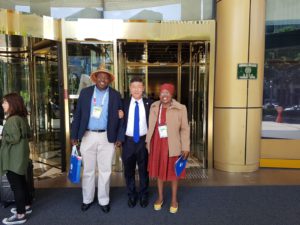 This is the country with more that 85 percent of its women reporting to have experienced Gender Based Violence in their families. It is the country that has gone to elections three times in five years, the country whose two army commanders have been assassinated by the same members of the same institution within two years yet it rejects invite to be part of those calling for world peace. In so far as civil society peace work is concerned Lesotho is the only country in the SADC region whose non state actors have formally presented progress on mediation to SADC summit. Bishop Emeritus Philip Mokuku did do in Namibia  in 2011 representing church and civil society which led the almost collapsed SADC process in Lesotho also known as Post Masire dialogue.

However SADC established as it is does not have institutional memeroy of how its pre 2012 work in Lesotho was made easy by civil society. While SADC remains important in the Lesotho affairs it could give achieved far better and averted casualities had it considerd and utilised  local expertise in the sector effectively . DPE and the rest f non state actors fraternity shall increase peace education programming and advocacy with the aim of increasing number of peace messengers in Lesotho.