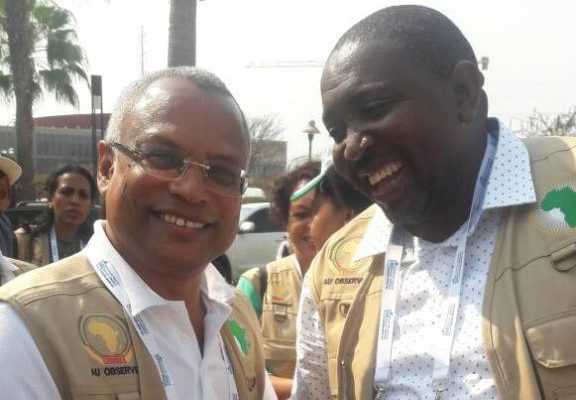 The former Prime Minister of Cape Verde His Excellence Jose Mario Naves in his capacity as Head of AU Election Observation Mission in Angola together with other leaders of delegation from SADC Election Observer Mission, SADC Electoral Commissions’ Forum, Protégées Language Speaking Countries, endorsed Angolan polls as a process conducted within the law and generally in line with democratic election guidelines of SADC and AU.

The DPE Coordinator Mr. Sofonea Shale was part of the AU-Election Observer Mission in Angola made of Members of Pan African Parliament, Election Experts from various institutions inclusive of but not limited to governments, universities and civil society originations.

Shale having a chat with Leader of AU-Election Observer Mission in Angola shortly after Press conference. 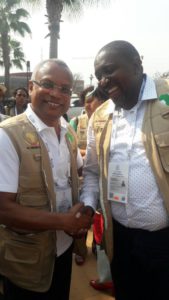 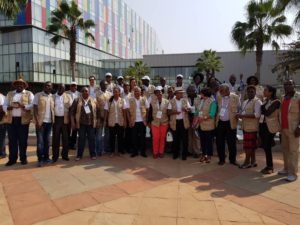 Shale said Angolan elections went smooth even though international observers could not fully appreciate the situation like it would be the case with domestic observers.