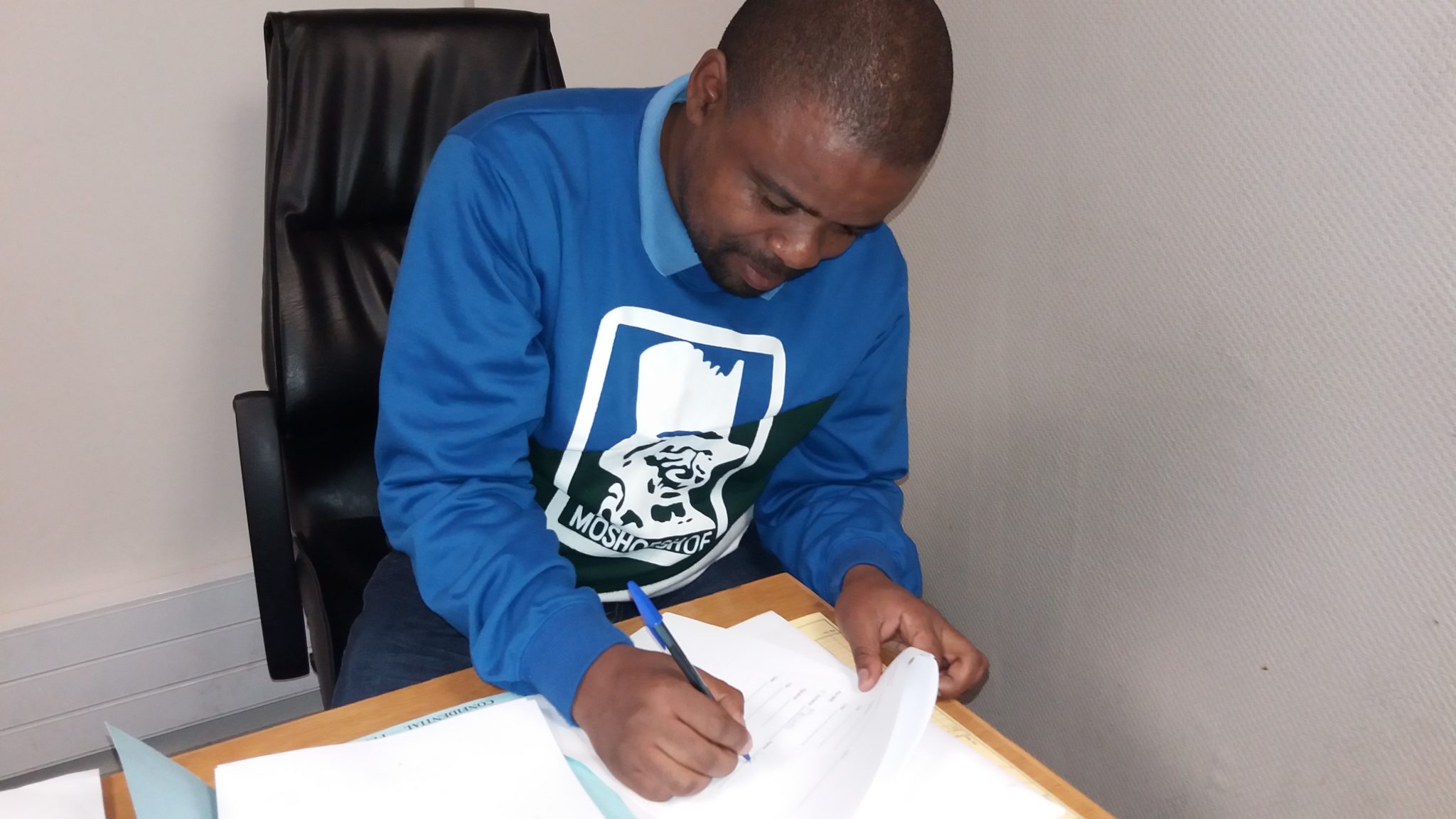 The Peace Education Researcher Lemohang Molibeli signed collaboration contract
between Development for Peace Education (DPE) and Independent Electoral
Commission (IEC) on August 26 in Maseru. This contract declared both intent and
commitment by both institutions to work jointly and with other stakeholders to
encourage Basotho to vote in the upcoming local government elections September
30th. DPE will mount a massive citizen mobilisation campaign encouraging people
to vote on Election Day.

“For DPE this is more than encouraging people to vote, it is more of participation
drive in the decentralisation in Lesotho”. Said Molibeli after signing. Commenting
on the accusations levelled against bias of their education towards certain political
orientation Molibeli said that as a matter of pedagogical principle, no education is
neutral. “Education, to paraphrase Paulo Ferriere is either domesticating or
liberating so what DPE does is the latter”. Molibeli argued adding that if people
are able to ask leaders critical questions yet leaders do not have answers readily
available, civil society could only be commended for empowering citizens to be in
a position to say what they want not bias. Civil society organisations help people
appreciate their role in governance and enable them to ask questions that
empower them to define their own development.

If politicians find DPE education too progressive for their liking, hard luck but again
DPE has no time to waste in promoting or de-campaigning parties. The contract
prohibits DPE from partisan conduct and anybody angry by its activities may lodge
complaint. All people that DPE will deploy will take oath not to promote or de-
campaign any party. In the event that one is found bridging this condition, would
face dismissal. The General public is hereby invited to participate in the series of
activities the organisation will mount and roll out in the villages in the coming
weeks.