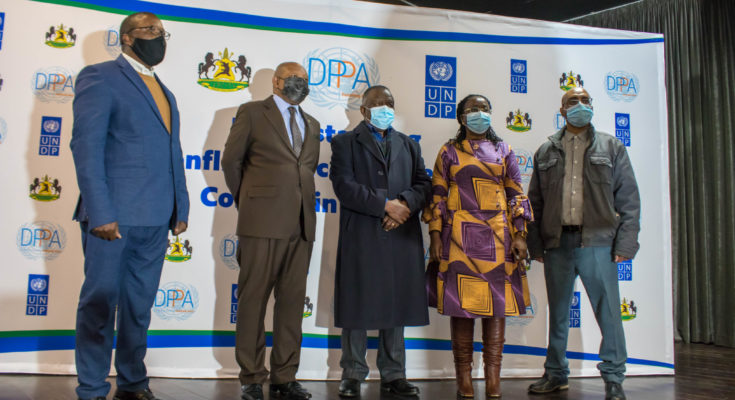 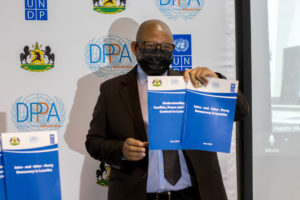 The respect that Development for Peace Education commands in the peace work in Lesotho has been demonstrated by reference and citation of its work in the significant publications presented in the two important meetings on peace architecture in Lesotho.

The United Nations Development Programme in Lesotho commissioned a study to look at peace architecture in Lesotho. At the launch of the report, officiated by the Right Honourable the Prime Minister and the Acting UN Resident Coordinator and the substantive UNDP Representative, the DPE’s promising Peaceful School Model initiative was adequately referred to in the report. 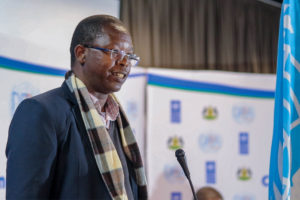 “Development for Peace Education has a peaceful school model……The model has been pioneered as one of the peacebuilding mechanisms which involve school governance board, learners, and parents’ representatives to participate in real peace forums. The main objective is to mentor learners from the young age to take leadership positions and participate in forums where key decisions are made”. Said the report.

The report captures one of the lessons learnt as the effectiveness of an all-inclusive approach. Besides this work with students, the DPE has been acknowledged in this report for it good work with partners in helping in the teacher-government strike.

In the equally important peace architecture seminar called by the National Reforms Authority, DPE has been 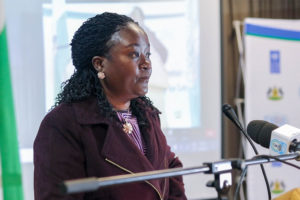 quoted and used as an example of civil society activism in peace, mediation and advocacy for dialogue and public participation. One of the three speakers, and the local intellectual representing Moshoeshoe Institute for Peace and Leadership of the National University of Lesotho Professor Motšoene Motšoene said that the work of DPE and other organisation on peacebuilding in Lesotho is commendable. Frequently elaborating and making practical examples, she kept mentioning DPE efforts together with other civil society organisations in mediating in the national political conflicts.

The work of DPE on peaceful school model has been made possible by the Bread for the World and other DPE partners including Denmark Lesotho Network, Open Society Initiative for Southern Africa and the Independent Electoral Commission Lesotho. “NRA Presentation July 2021”