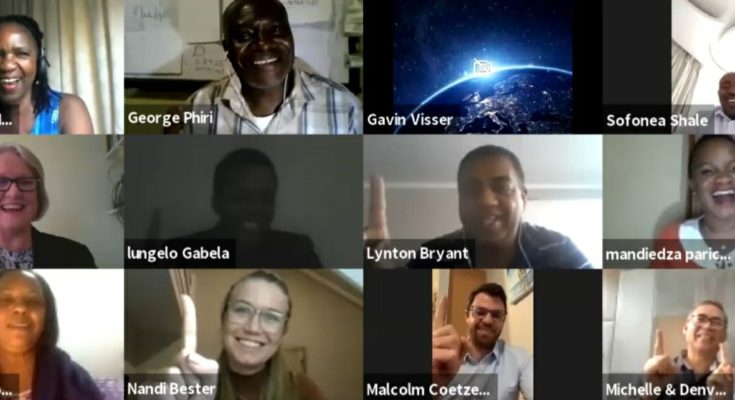 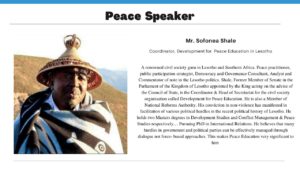 “We educate with hope because peace education itself is hope both in content and methodologically….COVID-19 Presents an opportunity for peace education to prove itself…” This was said by DPE Coordinator, Sofonea Shale during a conference on ‘How harnessing literacy can promote human rights’ which was held by the association HWPL (Heavenly Culture World Peace, Restoration of Light) in celebration of international literacy day.

The online conference was hosted from Cape Town on Tuesday the 15th September 2020 with the participation of more than 70 educationists across Southern Africa. In Lesotho the conference was attended by the former minister of education and training in Lesotho Dr. Ntoi Rapapa, the Secretary General of UNESCO in Lesotho, other education specialists and Young Christian Students. The DPE Coordinator was one of the three presenters who included Dr. Nombeko Mpako of the University of South Africa and a youth peace practitioner Mr. Alli Petersen.

In her presentation, Professor Mpako said that literacy refers to competence or capability or knowhow to do something properly or the 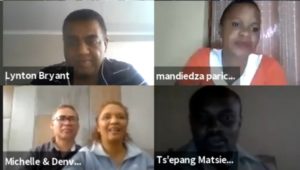 ability to do something or behave in a certain manner. She said that most of the fundamental literacy skills that are necessary for the realisation of human rights and peaceful societies are taken for granted because they are taught at home as part of up-bringing. These included the fundamentals of self-knowledge such as self-acceptance, self-love and self-respect which she said are central to the ability to co-exist in harmony with other people. Dr. Mpako also said that fundamental values and principles are compromised when the teaching of religion at schools is cancelled. She went on to say that what needs to be taught and emphasised in schools is spirituality, which she defined as central to human personhood and the need to be connected to something larger than ourselves. 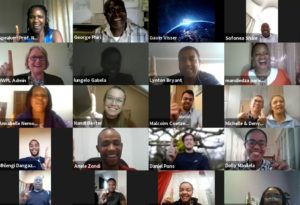 Dr. Mpako also talked about the concepts of consciousness and what makes us human. She said that the qualities of humility, empathy, relational transparency and the ability to connect with others are what make us human and that connecting to others builds our ability to respect other people. While she defined consciousness as the way we think, interpret or make sense of our experiences, our self-definition and how we experience ourselves, she said consciousness is necessary if we are to avoid the evils of incest, femicide, gender-based violence and others that are a result of a lack of values, self-love and self-respect.

Mr. Sofonea Shale on the other hand defined literacy as the ability to read and write and use numbers; and borrowed UNESCO definition that it is the ability to identify, understand, interpret, create, communicate and compute using printed and written material associated with varying contexts. He said that peace is harmony and the opposite not of war but of violence, both direct and structural. He said that we educate with hope by using peace education to equip people with the knowledge and skills to practice peace. He defined peace education as creation of critical consciousness about one’s environment and changing from uncritical acceptance and top-down authority-based knowledge to questioning established truths for root causes of problems.