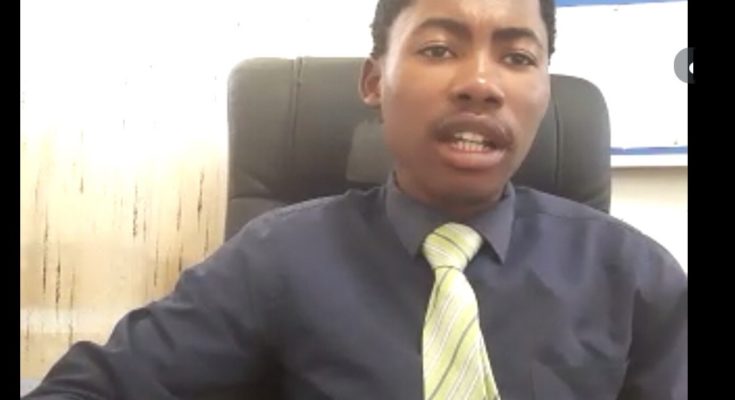 Recently, Development for Peace Education facilitated  a dialogue with tertiary institutions on the issue of students’ safe return to school and provision of other learning platforms outside of school as necessitated by the requirement for social distancing and avoidance of gatherings to evade transmission of Covid 19.

The session included nearly all the institutions of higher learning in Lesotho as they are already in partnership with DPE through the peaceful school model initiative, including the National University of Lesotho, Limkokwing University of Creative Technology, Lesotho College of Education, National Health Training College and Lerotholi Polytechnic. Most of the institutions were represented in the on-line meeting by the chairperson of the student representative council, a high-ranking administration officer and there were also representatives of national and international student associations participating in the meeting.

The session was joined by the acting Principal Secretary of the Ministry of Education and Training,  Deputy-Director at the National Manpower Development Secretariat and two Members of Parliament;  Honourable Thabang Kholumo and the chairperson of the Social Cluster, Honourable Fako Moshoeshoe.

The National University of Lesotho SRC president, Reatlehile Makateng indicated that online learning has not been easy or accessible to all students as the NUL Learning Management Platform does not have the capacity to include teaching videos and as it was not built to be the sole medium of learning thus making learning difficult. He also said that for students who live in areas outside of full cellphone coverage on-line learning has been very difficult or impossible. A member of the ULSA, who is a Mosotho student studying at the University of the Free State said that even though they have had several conversations with the National Manpower Development Secretariat where they specifically asked for an additional allowance to be made for them to access data so that they can access their university learning platforms, they have not received any assistance.  Other students and administrators reported that their own internet-based learning platforms were weaker or even non-existent and asked that the Ministry of Education and Training approaches the Lesotho Communications Authority and service providers about zero-rating data products for students.  Others asked that the Ministry of Communications, Science and Technology be approached to provide specific platforms and services for students in support of learning.

Mrs. Liteboho Maqalika-Lerotholi of the National University of Lesotho, Mr. Paramente Phamotse of the Lesotho College of Education and Mr. Thabo Diaho of the Lerotholi Polytechnic reported that the ideal situation would be for their institutions to have a mix of on-line and contact learning. Mr. Lelingoana Lerotholi of Limkokwing said that because most of the courses they offer are practical they need more contact learning and are willing to meet all the requirements for such learning to happen, including having only a small number of students on campus at the same time. Mrs. Maqalika-Lerotholi reported that they had already planned to approach NACOSEC with a proposal that would allow at least thirty percent of the student body to be on campus at one time for contact learning with all the protective measures observed. She also said that they need to start orientation of first year students soon and that it can only be done in person. All the institutions reported that for them to achieve a reasonable standard with on-line learning it would require additional financial resources to support the strengthening or development of these platforms. Further financial support to students for lap-tops and other learning support equipment is critical.

The Deputy Director of the NMDS who is also chief of staff of NACOSEC Mr. Thabo Ntoi strongly indicated the need to avoid transmission of COVID-19 as the country’s health system is not strong enough to handle high numbers of infected people. He did not say whether NMDS has asked the Ministry of Finance for additional funds but indicated that budgets have been cut as there is a need to increase national spending on measures to protect against and limit spread of COVID-19. He advised the higher education sector to work together and approach NACOSEC as one to present a solid case for some re-opening with strong measures of protection.

The acting Principal Secretary, MOET said that the institutions will work together and with the Council on Higher Education to approach NACOSEC. Honourable Thabang Kholumo complained that the institution has passed some regulations that require Parliament approval without such approval. The chairperson of the Social Cluster, Honourable Fako Moshoeshoe advised that NACOSEC balances the need to protect people from COVID-19 with other social needs. He said that NACOSEC itself should get its powers from Parliament and closely work with the Health Committee. He reported that under the current situation, Lesotho has lost most of the ground it had already covered on the issue of transmission of HIV and AIDS. He also said that children are vulnerable to all kinds of social problems under these conditions, including un-planned pregnancies. He has also seen, he said, children in the village playing together in large crowds where there is no observation of social distancing and other health guidelines. He said that even primary schools will have to open as they cannot be closed indefinitely.  He said measures such as fumigation should be used and testing for COVID-19  be strengthened so that students can go back to learning.

In closing the meeting, the acting Principal Secretary of the Ministry of Education and Training accepted the responsibility to coordinate the meeting of tertiary institutions with NACOSEC together with the Council on Higher Education, through the Department of Tertiary Education, including work with Parliament.