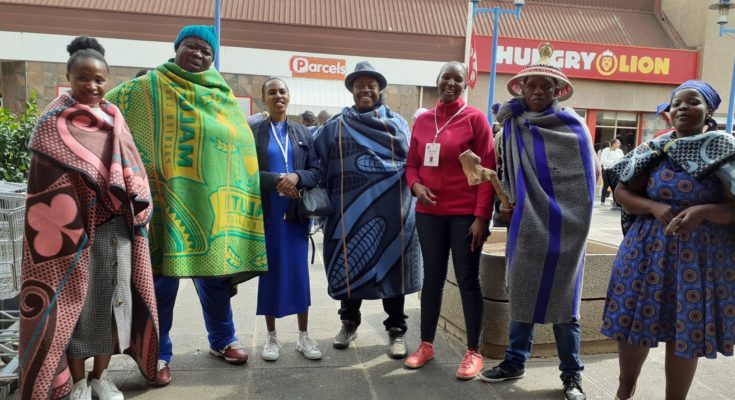 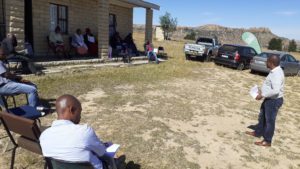 Corona virus has been declared as a global pandemic by the World Health Organisation (WHO).  Lesotho has established a centre known as National Emergency Command Centre (NECC) to advise government on measures to control transmission of the virus.

Development for Peace Education (DPE) facilitated a discuss with communities measures to take to protect each other against transmission of the virus, on Tuesday, the 5th May. The first outreach was done with elected members of the Senekane Community Council and the message was delivered through poetry and drama. The message of both the drama and poem was based on the World Health Organisation’s guidelines and public protocols for protection against transmission of the virus and emphasised both social distancing, washing hands regularly with running water and the use of face masks. The intention was to give information and build confidence in the elected councillors to handle community questions and enforce public health protocols in the community after the end of the national lockdown. The objective of DPE’s work is for communities to begin to see the threats posed by the virus and to take own incentives to protect against transmission of the virus so that there is shared ownership of these public health measures. 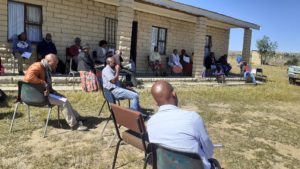 One of the concerns for Lesotho, at the time with no person tested positive for the virus, was the movement of people between Lesotho and South Africa, with no testing and control measures within the borders of Lesotho though the Republic of south Africa has the highest number of people who have tested positive for the virus on the African continent.  As part of the outreach, DPE discussed with members of the Council, a tool that can be used to track movement of people into the area possibly from South Africa and other countries. The members of local government were advised to track such people and assist them to report to health centres for possible testing and isolation where necessary.

A community-wide outreach was held at ha Maritintši in the Senekane Community Council on Thursday, the 7th May.  The education to community members was also delivered through drama performance as well as poetry based on the World Health Organisation’s guidelines and protocols for the prevention of transmission of the novel Corona Virus, Covid 19.  The public meetings were held outside in the open and social distancing was observed in the public sitting and the meeting was held in several sessions in order to limit the number of people attending each meeting.

Community members were concerned with a lack of education on the virus, prevention of transmission and how to identify sign of the virus in a person. They pointed out that they have heard talk of the virus for more than three months but with no government effort to educate or inform communities. While ntate Monanthane, a community member was concerned that the government had initiated a national lockdown without making any provisions for support of vulnerable people;   and said” we would rather die due to COVID-19, rather than dying because of hunger.’  The gathering was attended by people including chiefs, councillors, men, women, the elderly, people with disabilities, youth, and herd boys.