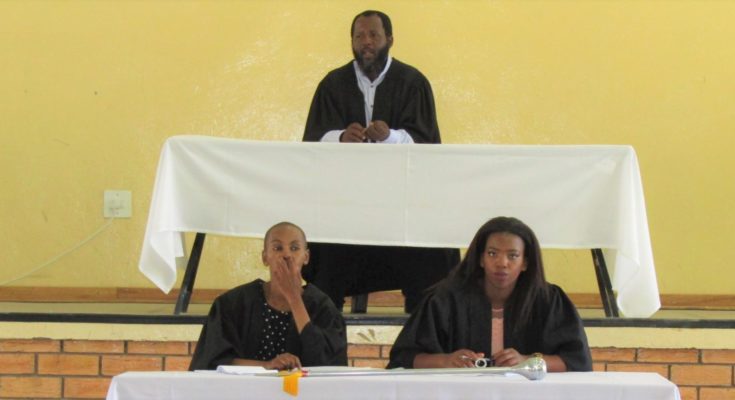 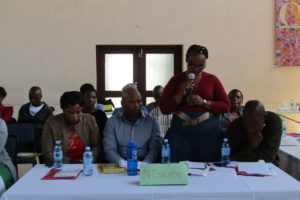 The 12th National Community Parliament was staged on the 28th to the 29th November 2019 in Maseru. Participants at the National Community Parliament were from DPE and PISA operational areas, and presented motions to government ministries. Present at the sitting was the MP for ‘Maliepetsane and the Honourable Minister of the Ministry of Development Planning, Dr. Tlohelang Aumane who gave the keynote address on the role of ministry of planning in budget development, implementation and the realization of goals contained in key national policies.

Of the expected thirteen government ministries, the following ministries send representatives, the ministries of; 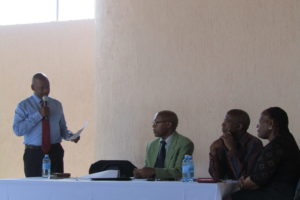 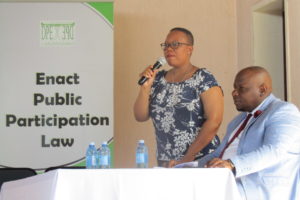 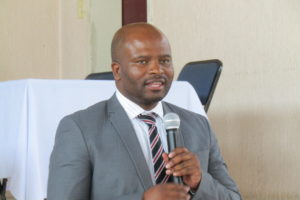 The ministries of Education and Training, Social Development, Health and Law and Constitutional Affairs did not attend though there were motions on issues that fall under these ministries’ responsibility.
The Principal Secretary for the Ministry of Communications promised that a tower will be built at the Ntšupe Community Council in Lebakeng and the ministry of Local Government and Chieftainship confirmed the need for fiscal decentralisation which has been a campaign for DPE for a long time for councils to access money directly to respond to the annual plans of the community councils. The ministry of police also made a promise to include the building of a police station in Hloahloeng as it has been delayed for a long time due to the need for an assessment. Participants at the National Community Parliament included councillors, chiefs, communities, farmers, PWDs, CSOs and the media. 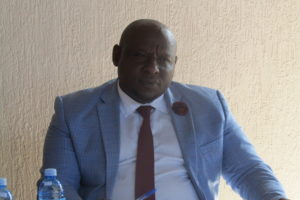 The Honourable Minister of Local Government and Chieftainship Mr. Mokherane Tsatsanyane said at the sitting that the national community parliament is a platform that is useful in a democratic nation as it allows citizens themselves to inform the budget making process and he indicated that it was his first time to experience that kind of set-up that allowed for direct engagement between policy-makers and communities. Speaking at the National Community Parliament, a member from Khoelenya Community Council Mr. Moeti said ‘’ it is only through this platform that as citizens we are able to inform budget processes and exercise our right to participate as citizens, our council have direct response from this platform like supply of electricity.” 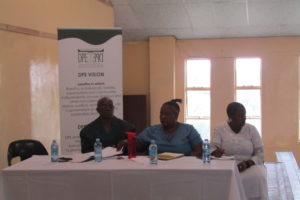 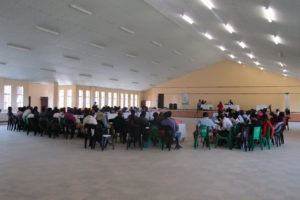 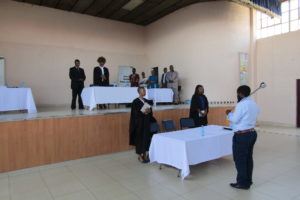