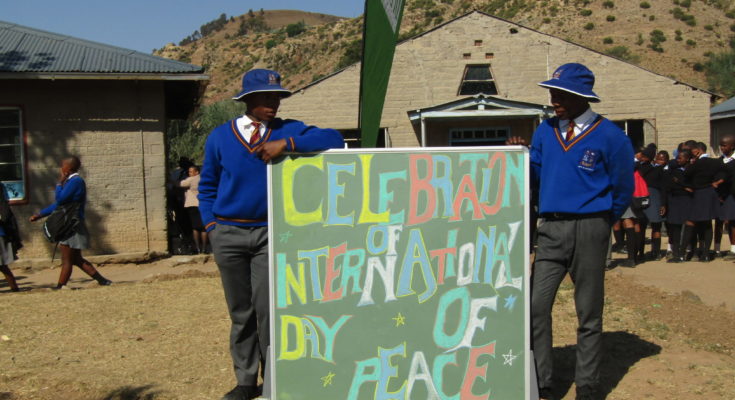 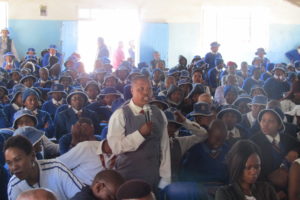 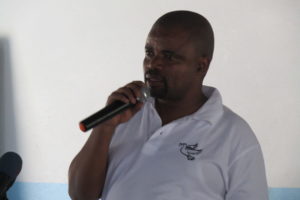 Development for Peace Education took a step forward to introduce use of social media to teachers, students, community and local authorities participating in International Peace Day celebrations at St. Thomas High School in Lehlakaneng community council. As part of its Peaceful School Model project, DPE is looking into the use of social media as a platform for learning for students but also a space for on-going dialogue on peace in schools between teachers and students. 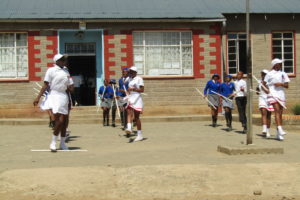 provide help students for subjects with their schoolwork while at the same time facilitating and promoting the idea of peaceful interactions and negotiation through dialogue even between unequal parties such as students and teachers and students and parents. In discussions to introduce the idea, several students appreciated the potential introduction of these platforms but raised concern with issues of including their access to electricity to charge their phones; availability of data; not having smart phones and whether these platforms will not end up being used by students for activities that are outside of the objectives of the project. Other students agreed that the introduction of WhatsApp groups will be helpful in facilitating deeper interaction between students and teachers and giving students access to other teachers than those who teach them specific subjects.  Some students proposed that there should be Wi-Fi and electricity at school so that the issue of charging of the cellphone does not present a problem. Teachers on the other hand did not present any resistance to the idea except to recommend that they too should have a separate group in addition to the students-teacher groups, but also highly recommended that these platforms be started between the different schools. 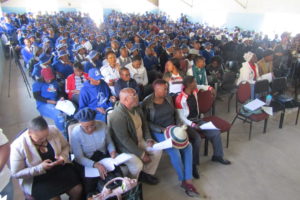 four of the nine schools in the community council and is looking forward to in-depth and individual discussions with students and teachers from these schools in the near future as it is the objective of the organisation to visit the different schools in its drive to promote the use of information technology in schools and communities to drive the objectives and aspirations of citizens.

As part of this project Development for Peace Education has already launched community libraries in the three areas where it works, with the intention of promoting public participation, public engagement and building of social capital through media and technology. The community libraries will provide a wide-range of services, including making internet and social media access possible through wi-fi; working as platforms for citizen engagement and dialogue; and facilitating dialogue and engagement between citizens and policymakers.