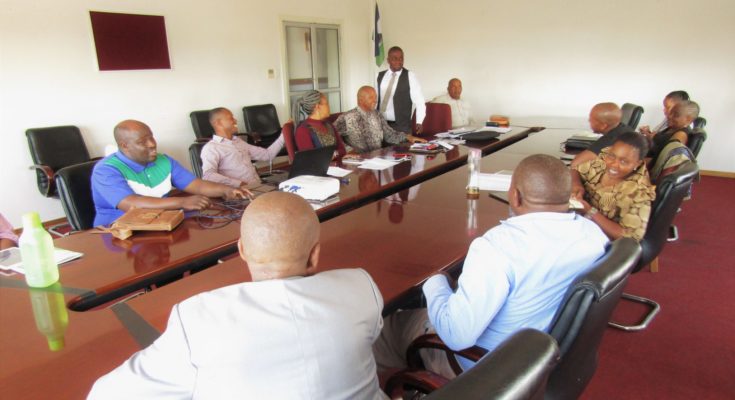 The DPE team made a presentation before the National Dialogue Planning Committee (NDPC) on the 13th November, 2018 at the State Library in the presence of the members of the committee representing sectors including NGOs, political parties, chiefs, private sector, youth, disability and government.