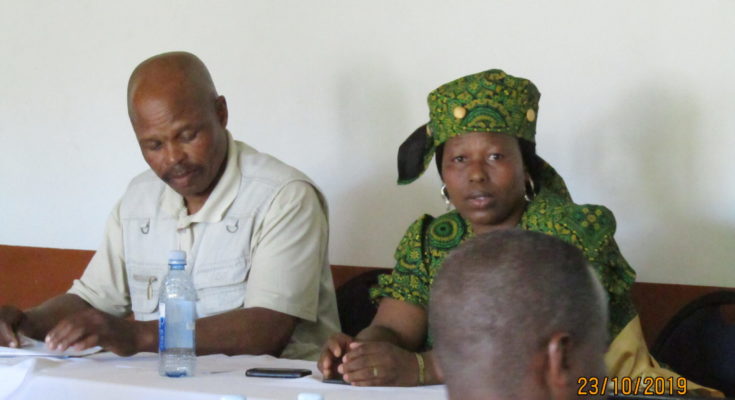 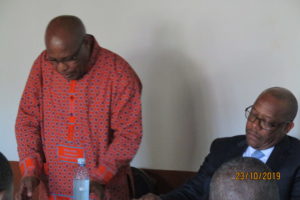 In an effort to create an enabling, inclusive and non-elitist reform agenda DPE held a pre-dialogue on reforms with regular callers and listeners on 23rd October 2018 at Bible Society Hall, Maseru-Central. More so, was to ‘sell’ DPE bid (which has since been adopted by NGO sector in December 2017) on reform process to this group. DPE strongly believes that without well-articulated reform process, reform agenda itself may be greatly compromised and fail to realise its intended purpose. It is against this backdrop, that DPE has been preaching a gospel of ‘informed and vocalised’ reform process to ensure that reforms are inclusive and participatory.

With an appreciation of the significant role played by regular callers in national discourse, DPE engaged this group to mobilise them to advance the idea of informed reform process. Two listeners moderated by a local radio host, Mr Retšepile Maloi of Tšenolo FM, gave their brief presentation. Their presentations were followed by questions and deliberations from the floor.  The most dominating voices were concerns on the recently signed Memorandum of Understanding between Government of Lesotho and Opposition which among others established moratorium on pending criminal cases against former Deputy Prime Minister and Leader of Lesotho Congress for Democracy (LCD) and other similarly displaced persons. The concern was that  with this Memorandum of Understanding (MOU), the government has ‘sold’ out its sacred promise of ensuring rule of law and curbing corruption while others so it as a progressive move. DPE understands the MOU not to mean dropping of cases.

A well-known regular caller and former army official, Mr Khoejane ‘Rangoane Kaine’ Makhele continued to preach his famed gospel of truth and reconciliation, lamenting that national reform will fail to achieve its aimed goals if Basotho cannot forgive another and heal old wounds. Another regular caller popular known as Mme Mamohato Tšotetsi echoed a well canvassed sentiment that the current crop of politicians has lost touch with the populace. The Government Technical Team on Reforms, led by Mr Tšoanelo Masasa who laid out the Reforms Roadmap as envisioned by government, noted that roadmap articulates what government seeks to achieve. Concerns raised were mainly that government did not consult to ensure to ensure national ownership.

DPE also invited Minister of Foreign Affairs and International Cooperation Hon Lesego Makgothi and Hon Lekhetho Rakuoane on behalf of opposition to shed light on the recent developments on reforms.  Hon Makgothi said that MOU was intended to clear the way for participation of every one including opposition and the government is happy. He appealed to the participants to ‘accept’ this deal as national compromise aimed at achieving a bigger common good. Adv Rakuoane echoed sentiments presented by the Hon Makgothi, noting that opposition was committed to participating in reform agenda and with this Memorandum, both government and opposition have found common ground regarding their differences. Nonetheless, the participants registered their serious disappointment at the government and entire political class by ‘letting down’ the nation and eroding citizen’ trust. 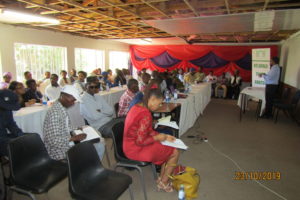 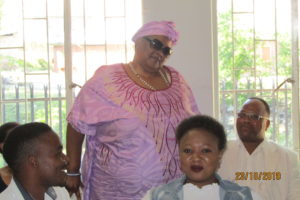 The forum resolved to note to the National Dialogue Planning Committee a wish to have regular callers represented at the upcoming national multi stakeholder dialogue.