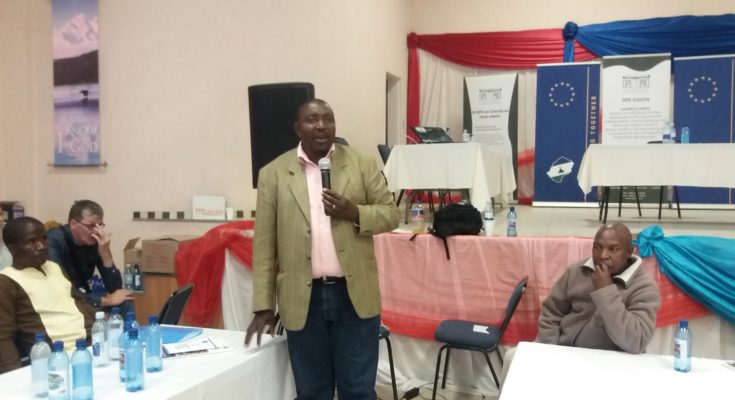 In closing the historic 10 th edition of the National Community Parliament, the DPE Coordinator
heartily thanked the Denmark Lesotho Network, for being a dependable partner on a highly fulfilling
journey, over the period when foreign donor project assistance was rapidly leaving Lesotho. Ntate
Sofonea Shale said from the humble beginnings with the support of Finnish Embassy in Southern
Africa, the Parliament had burst and spread its blessings like a mustard seed: “ Although it is 10 years
of citizen-policy maker dialogue, it is not yet celebration. At the beginning we could only assemble a
handful of councils from the areas where the DPE was operating, and some extracts of proceedings
were thereafter given to the ministers to get a glimpse of the people’s views. 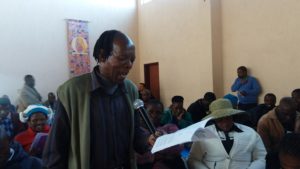 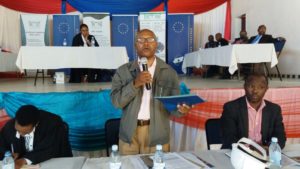 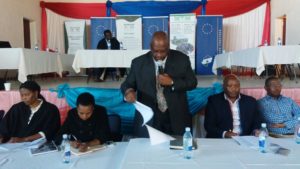 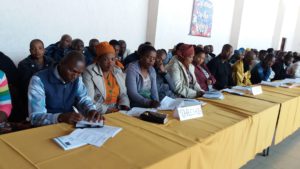 Today we have brought together councillors from every quarter of the country, and the ministers and officers
interact face to face with the people’s elected delegates; and give them answers, explanations, and promises over their queries. When you have arrived at that point, the rulers grasp concretely the pain and anguish of the people; their frustration and plight of the communities – and this potentially accelerates the government’s response to their demands”. The tangible spin-offs from the years of transformation of the Parliament was the changes seen in the installation of various direly needed infrastructure. He decried the fact that notwithstanding the visible convergence of paths between the Community Parliament and the Government, and the latter’s general acceptance of this platform as a authentic source of an unadulterated mandate of the populace, some ministries were still dragging feet in respect of this process, though that was a minority trend. 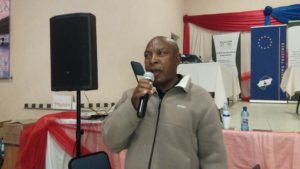 He invited a veteran Member of Community Parliament Morena Sealuma Letlala chief of Hloahloeng to give testimony of the early pains of growth and later joys of change. Morena Letlala told Community parliament that
when DPE came to Hloahloeng they used boat to cross and DPE staff felt the agony of the people
that they became part of. “when we started community parliament madam speaker here and others
were not yet married, Ntate Shale younger and energetic. Today Hloahloeng has tarred road and
high class bridges over Senqu and Senqunyane rivers. I know am not told, a need for such was raised
with the Minister of Finance then by us in the community parliament ……I can only say forward DPE,
forward..”. Said the chief. 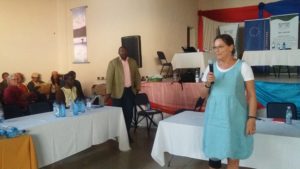 Helga Hojsager of the DLN expressed gratitude that they are associated with this big platform. She
noted that DLN is proud that its team was able to observe community parliament in action. “ we
have heard about community parliament, reported about it as a good strategy but seeing it in action,
looking at the Speaker’s procession and looking at communities talk to Ministers with some heckling
here and there was a totally new experience, something we never get from the written reports and
in communication with DPE…..we wish you all the best” said Helga. This year’s Community
parliament was attended by representatives from all community councils in the country.