At the annual general meeting held in Maseru on Monday, the 26th June 2017 at the African Methodical Episcopal (AME) hall, staff of Development for Peace Education was exonerated from the attacks leveled against the organisation by the disgruntled politicians and their unscrupulous yet supposedly professional aides. The organisation has been criticized for steering public confusion, being partisan in its programmes and teaching negativity on certain political orientation.

The AGM attended by representatives of communities from the eight areas where DPE works; Seforong, Polihali, Senekane, Hloahloeng, Kuebunyane, Khoelenya, Lebakeng, and ‘Mamaebana was preceded by the regional AGMs. Delegates at the AGM adopted the narrative and financial report and engaged robustly on different programme activities.  They applauded DPE staff for the empowerment of community based organisations through animation that led to more than 30 organisations registering their constitutions with the law office. “wonderful about DPE approach is that these constitutions are made by members of the associations..” said a delegate from Polihali. However delegates expressed concern over the time constitutions take at DPE head office for checking before they are sent back to members for improvement and necessary clarifications. On the same issue, delegates questioned centralisation of the legal registration of associations. They felt that such service should be offered at the community council level. Some associations reported progress on self-help projects though they needed closer follow up to ensure that projects are well managed. This need was even clearer to the groups that have got support from other agencies like Smallholder Agricultural Development Programme. 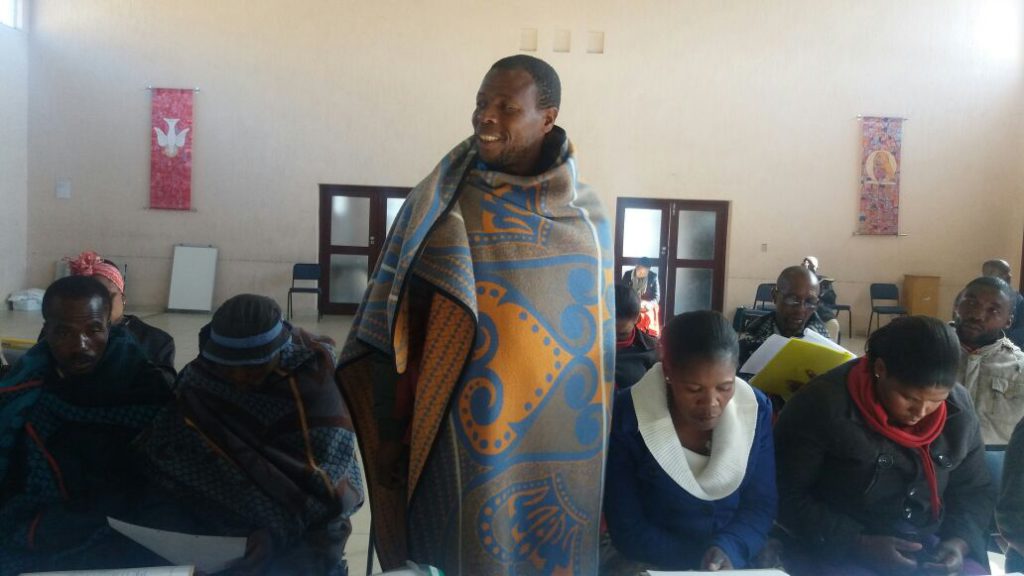 On governance, delegates commented the staff for the work well done. They took time deliberating on the widely heard criticism leveled by politicians against DPE and other organisations but unanimously rebuked those politicians as disgruntled and their advisors dishonest. “politicians say DPE has done nothing wrong, its sin is to raise critical awareness …..” said Ntate Lebohang Matabane from Lebakeng. Several other comments were made on how politicians view DPE. One delegate told the AGM that his MP once said that he likes DPE to help people with self-help projects but when it educates about citizen-government relations, it goes beyond the mandate.  Delegates applauded the team of staff for having remained steady throughout the turbulence because it has given the true image of a focused organisation. Delegates resolved among others that;

DPE should ensure that Lesotho embarks on reforms and that their voices as citizens are included in the process, push for decentralisation as a matter of programme priority, disseminate and ensure that decentralisation policy is translated into Sesotho and the law that seeks to implement it is subjected to thorough public participation, advocate for legislation of public participation law, support Local Government Association to be operational, strengthen constituency-MP relationship,  empower citizens to hold MPs and government accountable, empower and link community based organisations in the areas and beyond DPE borders and advocate for peace architecture.  The staff has been mandated to engage the new government to recommit the Human Rights Commission law and the Local Government Elections Amendment law because they were done deliberately to exclude the views of the people. The AGM sent staff to withdraw the two cases pending in the constitutional appeal and the constitutional court respectively if government agrees to recommit these pieces of legislation and the public views are dully considered. The AGM instructed staff to uphold an inclusive and dialogic approach that makes every voice count, creates citizen-state platform and simplifies otherwise abstract and elitist governance processes. 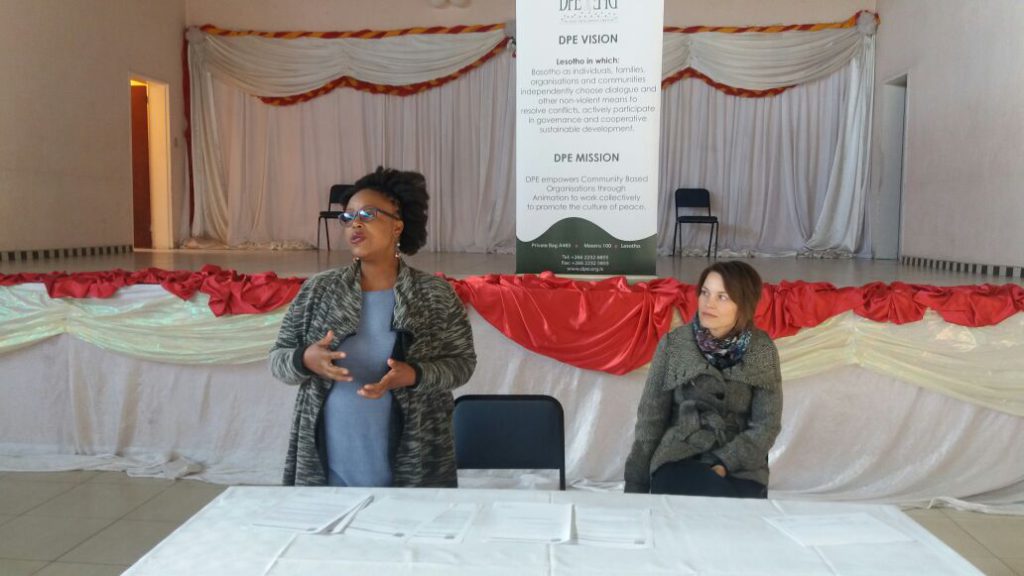 The AGM also heard presentations from the United States Embassy in Maseru which talked about its small grants programmes. Staff from the embassy talked about the U. S. Ambassador’s special self-help programme and the PEPFAR small grants programme, both of which are open to organisations and communities and  the Ambassador’s special self-help programme providing for programmes that improve basic economic or social conditions at the local or village level. Another presentation was given by Ministry of Forestry in the departments of Soil and Water Conservation, Forestry and Range Management. The departments talked about the ministry’s initiatives in these areas, including bee-keeping, tree production, fruit tree production, building of dams and community tanks. The last presentation was from Smallholder Agriculture Development Project (SADP). The objective of the SADP initiative is to support small and medium agriculture-based businesses and farmer associations and cooperative to increase their level of commercialisation through the introduction of testing, adoption, demonstration and dissemination of new and innovative business initiatives and technological improvements. 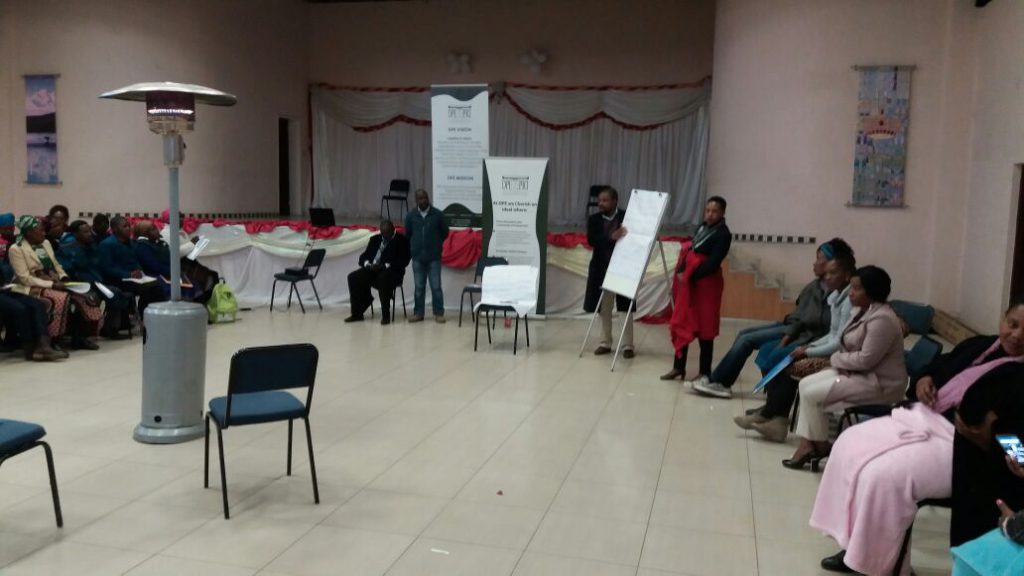 Additional members of the national executive committee taking place of those whose term expired were elected.

DPE comes back from this AGM as a stronger organisation in terms of the contribution it has to make in the development of Lesotho.  DPE is grateful to its partners; DLN,OSISA, GEF.