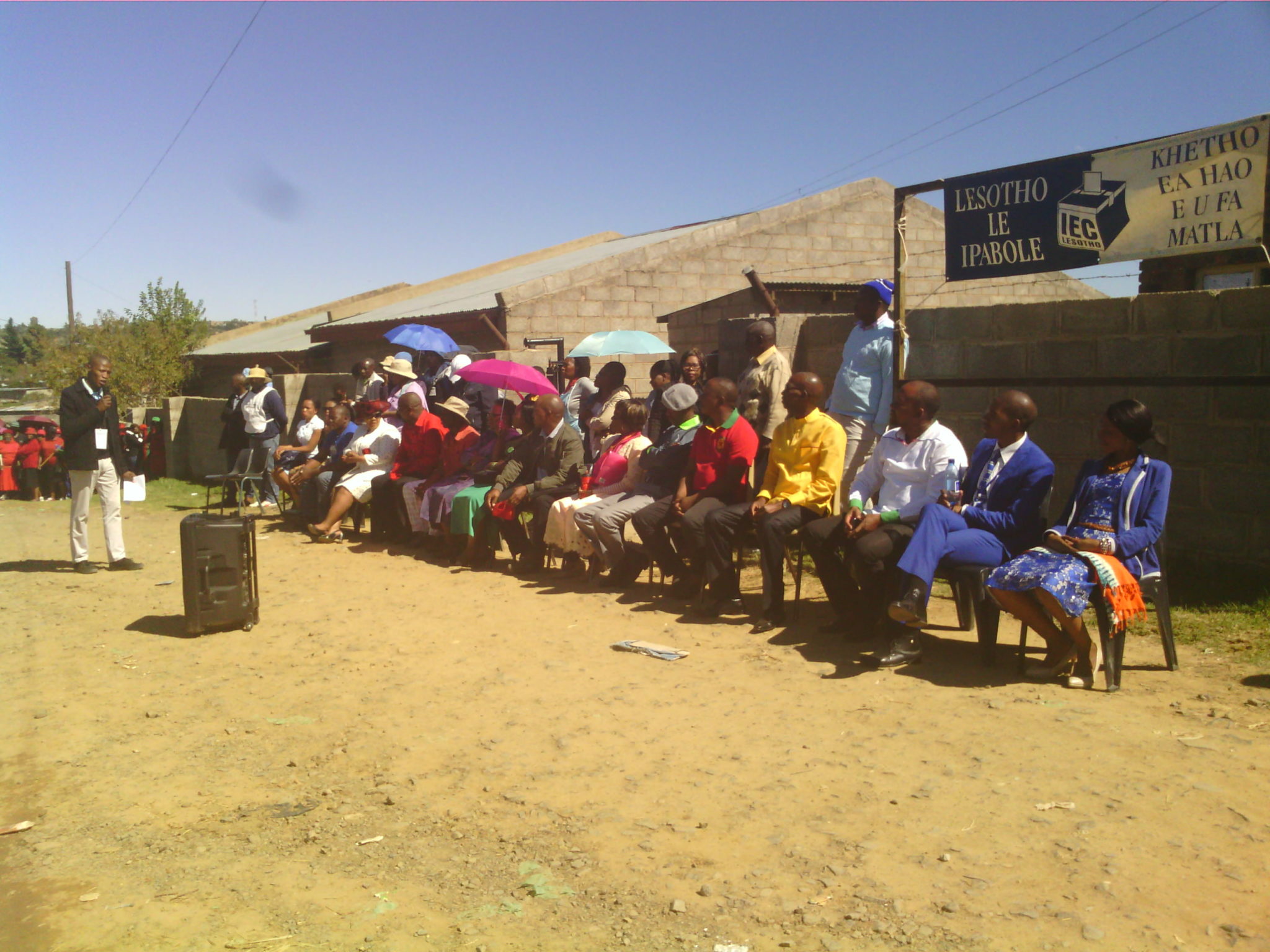 Staff and Voter Educators from Development for Peace Education (DPE), observed Nomination Court on the 19th April, in the constituencies of Thetsane, Maseru Central, Abia, Stadium Area, Motimposo and Machache, as well as in the fifteen constituencies where DPE has posted Voter Educators. These include the constituencies of Bobatsi, Ketane, Qhoali, Mpharane, Lebakeng, Thupa-Kubu, ‘Maliepetsane, Hloahloeng, Qhalasi, Mohales’ Hoek, Mekaling Taung, Senqu, Qaqatu and Malingoaneng.
The mood of political party supporters and candidates during nomination was colourful, jubilant, entertaining and peaceful. Ms. Relebohile Senyane, National Animator at DPE said that the mood during nomination day indicated political tolerance and unity within political parties participating in the election process.
DPE’s Peace Education Researcher, Mr. Lemohang Molibeli pointed out that the organisation will continue preaching the same message of peace through its Voter Educators, as well as during candidates’ forums to be held later in May, before the general election.
The parliamentary election is being contested by women and men alike. In the constituencies of Abia, Motimposo, Maseru Central, Thetsane, Stadium Area, Machache, Taung, Thupa-Kubu, and Qhalasi, out of 130 candidates contesting in the election, 47 are women and there are a number of independent candidates in the race.
DPE is one of eight non-governmental organisations which have partnered with the Independent Electoral commission of Lesotho, in a voter education campaign in preparation for the 3rd June National Assembly Election. The organisations are campaigning under a common message; # Be part of 85 percent voter-turnout. The campaign is intended to address the declining voter turnout seen in previous elections, including the 2015 polls which had a voter turn-out of only 46 percent.